You are here: Home / Mindset / Dreams are Worth More Than Money 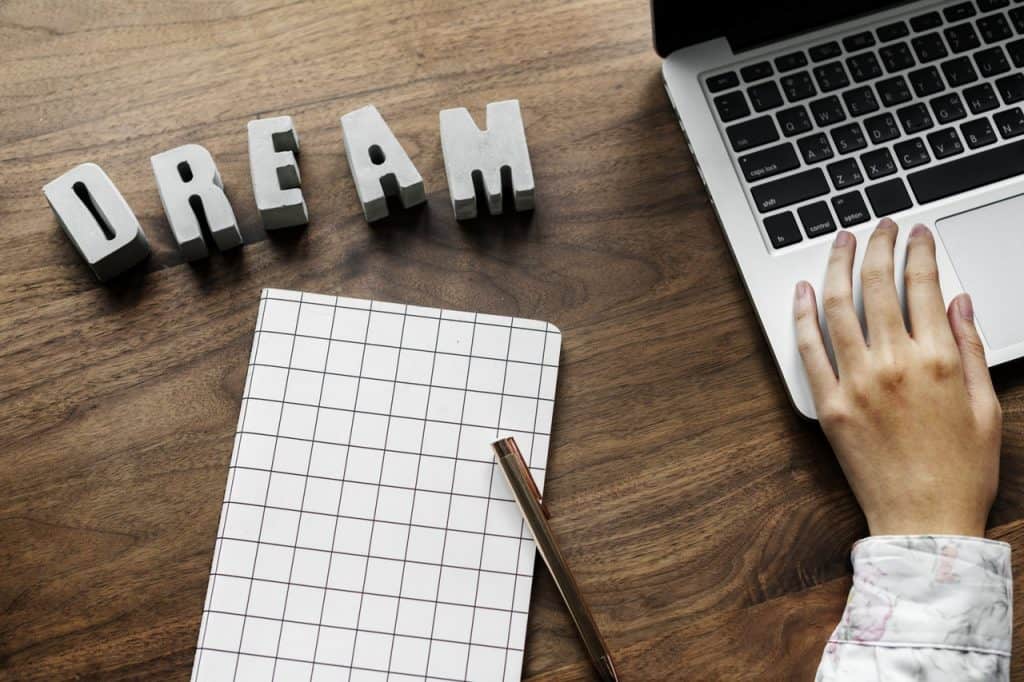 Whatever YOU dream of doing in this life, it’s worth it.

The sacrifices and struggles that are sure to come along with your dreams are worth it too.

Rather than making quick money or living a “normal” life, get uncomfortable and go after what you truly want.

Your pursuit of happiness is better than slaving away at an unfulfilling 9-5 or a grueling hourly job forever.

Because whether or not you’ve realized it, we are all running out of time.

Time Is Our Most Valuable Resource

Knowing this, and the possibility of living out my next dream pushed me into leaving the Air Force when I did. 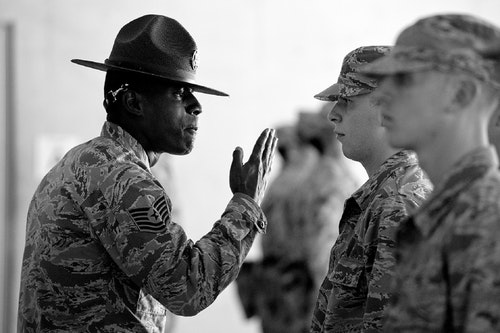 After five years, I knew it was time to move on.

I wanted to pursue something new and different than the mission I was doing.

And even though I chose to leave, I’ve still had my fair share of struggles since separating from the military.

Struggles aside… it’s all been more than worth it for me so far because I’m happy. 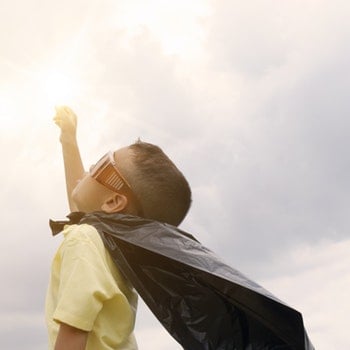 Serving in the military was a childhood dream of mine and I fully accomplished that dream.

But once I executed that goal, I kept asking myself “What’s next Adran?” My military experience started feeling more like a stepping stone rather than a career.

I joined because I wanted to be of service and I genuinely hope I was.

And as honorable as military service was, I knew I was capable of so much more.

I’m ambitious. And I wanted to do bigger and even more challenging things in life.

Once I knew what I wanted to do after leaving the military, I was ready to get after it.

I knew I’d work my ass off to get where I wanted to be. Just like I worked and earned my degree from UConn and commission into the Air Force.

And sure, while I could’ve served 20 years like many who enlist, I wanted to do something different. I wanted to live life on my terms.

I changed over the years.

I went from someone who was okay with being told where to go, what to wear, and what to do to someone who wanted more control of my day to day. 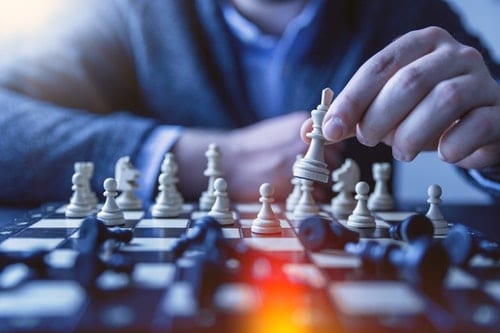 Making the decision to separate for me wasn’t hard…

If anything, it was more difficult for those who loved me and wanted to see me succeed.

They knew I worked hard to get to that point. And in doing so, I created a pretty decent life for myself.

I was never hungry, I had a nice roof over my head, healthcare, and a decent “work-life balance.”

Nonetheless, my heart kept telling me “you can be more and are capable of great things.” And I tend to follow my heart more than anything else.

While I loved the people I served with, the mission just didn’t align with who I was as a person anymore. Plus, serving was starting to take its toll on my body.

Since leaving, I’ve been asked a few times now, do I regret leaving? 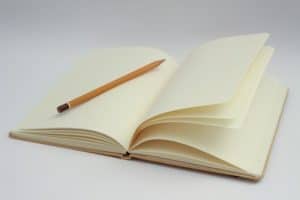 And each and every time I have undoubtedly answered “No!”

Sure, I’m not making as much money. And my life’s filled with more uncertainty than ever.

But I know I’ll figure it out.

After all, life’s about change and growth. And since leaving there’s definitely been no shortage of that.

Sometimes You Have To Make Sacrifices

While in the military, I missed out on big things and made many sacrifices.

I wasn’t there for my parents through their health struggles. I missed my siblings, friends and all the events and happenings you tend to take for granted before you join.

But during those years in the Air Force, I lived a life very few get to live and I learned many priceless lessons along the way.

Even so, settling in life has never been my style.

It was only a matter of time before I moved on to pursue my next big goal.

We all have that thing we are passionate about and prefer to do over anything everything.

That’s what I left to pursue. This website you’re currently on MentalVibe!

I wanna spread a message – You shouldn’t compromise on living out your dreams or passion in order to suit anyone else.

Live Life For YOU and Do It Your Way.

Define your life and your day to day.

Take some time. Reflect on what it is you want and love to do and then execute on that shit.

Sure, you might not be the best at it right now.

If the answers to the above questions are all yes, then it’s something you should go out of your way and make happen. 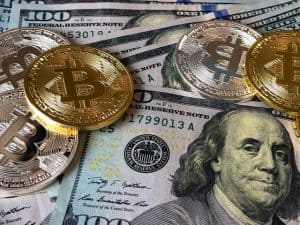 Even if the money isn’t around for you to do it right now.

By no means am I saying that money doesn’t play an important role in your life.

Yes, having enough money to take care of your daily necessities is important.

The Money Is Not As Important As Living Out Your Dreams

Sharing your dreams and passions with the world is far greater than selling out or getting any short-term payday.

The money might do a few things for you here and now.

But it won’t provide you with that forever happiness.

This is apparent now more than ever. If you need more proof, look at all the “famous” individuals who’ve committed suicide.

From the outside looking in, they seem to have all the materialistic items you could ever want.

But the most important thing, happiness was missing. 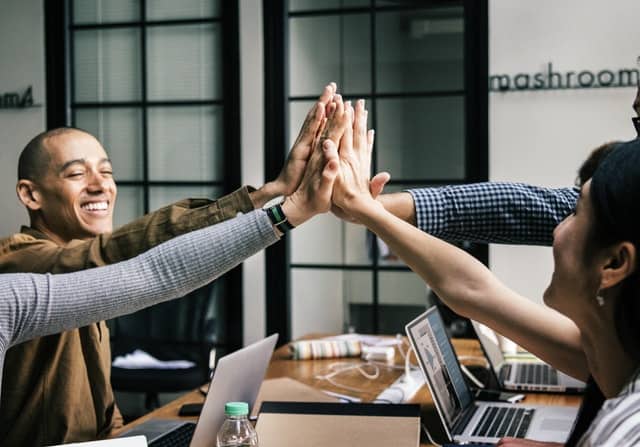 Despite having all the money you could ever want. Enough to last a few lifetimes in this world, they still ended up tragically committing suicide.

It’s become cliche by now but I do believe if you do something you love or actually want to do instead of “need to do,” like working that dreadful 9-5, the money will eventually come.

And by pursuing a life like this, hopefully, you’ll never have these feelings again: “I hate Mondays,” “Is it Friday yet?” or “Damn, where’d the weekend go?”

I am by no means guaranteeing you’ll make tons of money following your dreams or that itch you’ve wanted to pursue.

But I know if you get creative enough and use the innovation of others, you can find a way to get paid.

Your Dreams Are Worth More Than Money.

Do what makes you happy, stick with it. I’m almost positive that in the end the money will find you and tag along for the ride.

And when it’s all said and done, that feeling of doing it your way will be more than enough to make you smile.

Put in the work and one day you’ll be shocked when you look back at your journey.

Smile at how much you’ve grown and what you’ve managed to accomplish along the way. 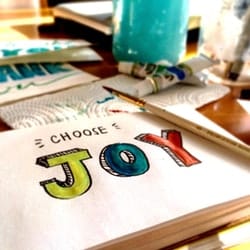 Good luck and cheers to your happiness!

Comment below and let us know some of the sacrifices you’ve had to make in order to accomplish your dreams. Or what are you willing to sacrifice if you haven’t already?

Riley is the author behind MentalVibe. A blog that shares thoughts and insights on all things mindset and money. He’d be happy to help with any mindset, or money questions you might have. Just send him a message.

Hi, I'm Riley! I share thoughts and insights on all things mindset and money. So you can get your mind, and money right. Read more →

5 daily habits for a happier and healthier you! Show Me The Habits